Getting to Know the Goddess Course 1:2

The Goddess-Pages online course, visit: goddess-pages.co.uk
The Goddess Remembers: I feel uncomfortable about the word 'universe', used when other words would be more appropriate. I especially dislike the expression 'the Universe will provide', because the universe might be unlimited, but our beleagured, unique and self supportive planet is finite and in extreme danger due to overpopulation by human beings. The more humans, the fewer of every other species, bar the ones that human beings use for their own ends. Some people have chosen to re-write the English language to manipulate and exploit and I resent it! The universe is full of dark matter. It has a black hole at the centre of our solar system. None of this will provide anything that we can currently use.

Email ThisBlogThis!Share to TwitterShare to FacebookShare to Pinterest
Labels: Goddess-Pages

Role of the Chair - How to Chair Meetings

The role of the Chair is to ensure the agenda is discussed and the accurate recording of the meeting.
Secretary records members names present, date, and who says what. Verbal recording can be transcribed.
To welcome new members.
Receive apologies for absences.
Discuss any items to be carried over from previous meetings by reading minutes of previous meeting
Read the agenda with any amendments or additions recorded
Check for any conflicts of interest between the agenda and members
Work through items on the agenda, only one person to speakat a time
The Chair does not give opinions but facilitates solutions
Deal with complaints, difficulties, conflicts with solutions
Chair prepares a progress report or action plan for the forthcoming meeting

"I made the decision to go on hunger strike on 14/07/2019 hoping that I might add something to the push for more aggressive action regarding climate change and the ecological crisis. I don’t generally encourage hunger strikes; in particular I would criticise any young activists’ involvement as it may encourage people to get involved without appropriate maturity and support. I’m doing this with a lot of forethought and also, as a clinician, as someone who has some understanding of the risks involved. While I’m willing to encounter some risk and discomfort to make a point, I am continuing to take oral rehydration solution/vitamins and will reconsider my position if significant risks emerge. 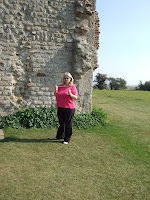 I facilitated a small group to investigate whether a ley-line could be detected by using dowsing rods in the vicinity of St Peter's Chapel, Bradwell on Sea, which was built from stone recovered from a Roman fort which defended Essex from invasions from Europe.

When the Romans left (early 400s AD) this fortress fell into dilapidation. In the mid seventh century, the Celtic Bishop, Cedd, sailed down the coast from the Holy Island of Lindisfarne to preach Christianity to the pagans of the East Saxon shore, and he decided to build a chapel using the spare stone from the Roman fort he found on the beach at Bradwell. He dedicated it to St Peter, who was a fisherman, and at this site, sea and river meet, and at that time it was rich in all varieties of fish.
Read more »
Posted by Mind Body Soul at 07:41 No comments:

In Search of Silence

When we look into any spiritual path, we notice that silence is an imperative part of contact with the divine. It seems to be both a pre-requisite for, and an effect of, the meeting between human and deity. Our busy and technological life causes us to be overloaded by man-made noise, such as traffic, alarms, piped music and trivial, attention seeking conversations on mobile telephones. Even in the countryside, we hear the roar of aircraft noise above the sound of the wind, rain, birds and bees. In very stressful, noisy environments, it is difficult for us to harness our thoughts. The resolution to this problem is to ‘get away from it all’ and seek out a tranquil place. When we do this, we are connected with the life of the ancients who lived more healthy lives, in keeping with the sounds of nature. However, it is almost impossible to find a place of peace away from the clamour and intrusion of unwanted noise. Even public libraries are now places of chatting over newspapers and munching sandwiches.

Email ThisBlogThis!Share to TwitterShare to FacebookShare to Pinterest
Labels: Silence

During Spiritualism’s heyday, philanthropists, political activists, (including vegetarians and animal welfare activists), and all kinds of intellectuals and Establishment figures believed that spirits in the Afterlife could be contacted to aid learning and help those in the physical world live a better life. Queen Victoria and the royal family are said to be ardent believers. Spiritualism’s ‘Pope’, the flamboyant socialist Hannen Swaffer (who opposed capital punishment and always wore a hat) was an ardent campaigner for Spiritualism.

Email ThisBlogThis!Share to TwitterShare to FacebookShare to Pinterest
Labels: Spiritualism

Kipper Cards were first seen in Munich around 1900 and named after their creator, Frau Susanne Kipper. However, some say that there is a river in Germany called the Wipper and that the people from this area invented the deck and some say the word comes from a type of tipping scales used for the devaluing of coinage! There are 36 cards with straightforward meanings, all read upright. Unlike Lenormand, they have no playing card images, just a number, title and image. Kipper also has main male and main female cards to represent the Querent and there are several images of people alongside titles, such as success in love, a gift, house, court, work, etc. Some Readers like to combine the Petit Lenormand of 36 cards with the 36 cards of the Kipper for a fuller deck of 72 cards.

The study of dreams and their divinatory interpretation. From ‘oneiros’ a Greek word meaning dreams and ‘mancy’ meaning divination. The Oneiroi were winged spirits of the realms of sleep. They lived in Erebos, Land of Darkness, and contacted sleepers through one of two gates. One gate was made of horn, the other of ivory. Prophecy and prediction came through the horn gate, fantasy and delusion through the ivory gate.

Quote: I do not hesitate to affirm at the outset that occurrence of dreams foretelling a future event with accuracy must be accepted as certain. Camille Flammarion. Premonitory Dreams and Divination of the Future.

Quote: Why does the eye see a thing more clearly in dreams than in the imagination while awake? Leonardo da Vinci.

Quote: Man is a genius while he is dreaming. Akira Kurosawa.

Email ThisBlogThis!Share to TwitterShare to FacebookShare to Pinterest
Labels: Dreams

There is a recommended Audio CD to accompany the book.

Comic/cartoon sketches illustrate basic information in short sentence text box outs. First stage interest, perhaps a Christmas gift for a 10 year old boy. It might be possible to do a little colouring of the quick line sketches. There is a space provided for a personal artwork or piece of writing. Tough! Not everyone's cup of tea! 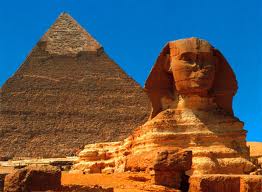 Every Springtime, Egypt has an the 'inundation', as the great Nile River floods across the land from the South and flows into the Mediterranean Sea. Rich soil is deposited and this provides for the crops that have sustained the people for millennia. All kinds of fruit and vegetables grew to feed people and animals. This excellent pasture supported healthy people who could fish and hunt water birds, make music and dance, tell stories and create art, sculpture, architecture and paintings. If a society had the means to write, they had the very rare and valuable ability to record their life. The Egyptian priests learnt to read and write and perform mathematics (especially astrology, geometry and algebra) and were very intelligent and knowledgeable and their glory and fame spread throughout the known world.